Syri i Vizionit signs agreement with the Municipality of Istog

In a solemn ceremony held today, Wednesday, the Agreement on Cooperation was signed between the organization Syri i Vizionit (SiV) and the Municipality of Istog. This agreement was reached regarding the two-year program “Equipping, empowering and employing youth, women and other disadvantaged groups in in five municipalities of Kosovo” supported by European Union funds, which has started to be implemented by SiV in partnership with The Balkan Forum and the Municipality in question. 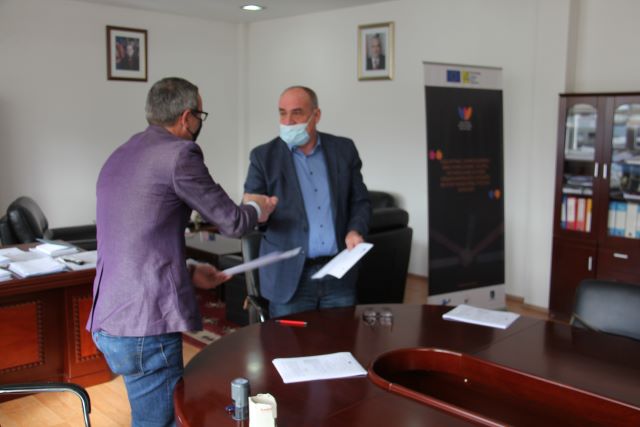 The project aims to provide additional active labour market measures, such as providing support for specific training, on-the-job training, providing internships and self-employment of vulnerable groups in Kosovo, specifically in the municipalities of Peja, Istog, Deçan, Klina and Junik.

This project will also support the development of new enterprises to create employment prospects for groups that are particularly vulnerable in the labour market.